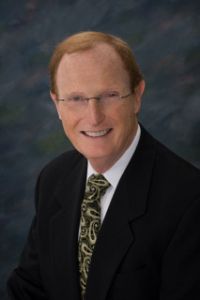 Despite growing up in a medical environment, which included several facial plastic surgeons, it wasn’t until late in medical school after being exposed to numerous specialty fields, that the unique characteristics of facial plastic surgery made it an exciting opportunity. The combination of artistry, technical intricacy, broad scope of work and the ability to enhance and restore appearance and function was incomparable.

After completing residency at the University of Minnesota, he was chosen as a fellow of the American Academy of Facial Plastic and Reconstructive Surgery and studied with Dr.  Richard Webster, a highly regarded leader in the field, in Boston MA and Harvard University.

Upon completion of his studies in Boston, the University of Minnesota recruited Dr. Hilger to return as its first fellowship trained facial plastic surgeon.

Having received many awards and honors over the years, Dr. Hilger, still relishes the legacy carried on through his fellows who practice and teach at numerous universities in the United States and Canada. He has trained 25 fellows who are now leaders in facial plastic surgery and are faculty at leading institutions such as The Cleveland Clinic, Baylor, Johns Hopkins, University of Virginia, Eastern Virginia Medical School, Penn State, University of Alberta, Harvard, University of Texas Southwestern, University of Maryland, the San Antonio Uniformed Services Consortium, and our own University of Minnesota. ( A listing of former fellows and their teaching locations is available on our web site)

He is also well known for extensive reconstructive surgery at a local level1 trauma hospital and international humanitarian efforts on a nearly annual basis for the past 30 years. It is typical that the humanitarian trips include family members (his wife Linda, a nurse)  and former fellows who are virtual family.

Always looking for opportunities to improve patient care and expand understanding, he has been active in medical research. Studies have ranged from computerized medical records (long before they became an everyday part of our lives), concepts of healing  and minimally invasive aesthetic surgery. ( a partial listing of studies is included elsewhere on the web site as part of his formal curriculum vitae)